The Value of a Repeat Year

"An extra year of school?"

"Won't I have to take all the same classes?"

At Salisbury, one of the nation's top secondary schools, 40% of our students have repeated a year of school in their career.  Many choose to do so upon entering Salisbury.  While each family's decision for their son to repeat a year is unique, the reasoning behind this decision can be attributed to three areas of growth: academic, social-emotional, and athletic.

Poised for Academic Growth and Success

As a school designed for boys, Salisbury understands and appreciates the learning styles of young men. In the classroom, boys need teachers who are dynamic in their approach and present material through several mediums.  Additionally, boys learn through relational learning, which lies at the core of Salisbury's curricular pedagogy.  While boys mature at varying rates throughout their middle and high school years, many families have found that repeating a year of school has provided their son with an extra year of academic growth.  With a greater sense of confidence in the classroom, accountability for their school work, and a developing maturity with regards to their courses, boys thrive with an extra year of academic immersion.  At Salisbury, a young man repeating a year of high school would not have to retake his previous courses.  With an array of course offerings, boys repeating a year, would have the opportunity to continue challenging themselves and exploring new academic opportunities that enrich a college application.

The Benefit of Additional Social-Emotional Maturation

From a social-emotional development perspective, repeating a year provides boys the opportunity for tremendous personal growth.  Given a year to mature socially, boys thrive in their ability to cultivate strong connections with their peers and the trusted adults in their lives.  As their self-confidence blossoms, boys who repeat a year are more likely to take advantage of new course offerings, extracurricular activities, community service events, and leadership opportunities.  Additionally, with an extra year for social and emotional development, young men further their ability to become self-advocates and to emerge as responsible citizens within their community.

An Extra Season of Athletic Development

Occasionally, families may consider an athletic reason for their son to repeat a year.  With an additional year of physical growth many young men find themselves poised for a more productive and successful season on the court, field, or ice.  Additionally, an extra year of high-level coaching and training allows young men to further strengthen their game strategy and sharpen their technique and skills.

Ultimately, the decision to repeat a year of high school must be in the best interest of the young man considering this decision.  That being said, it is never the case that a family regrets their decision to provide their son with an extra year of academic, social-emotional, and athletic development. 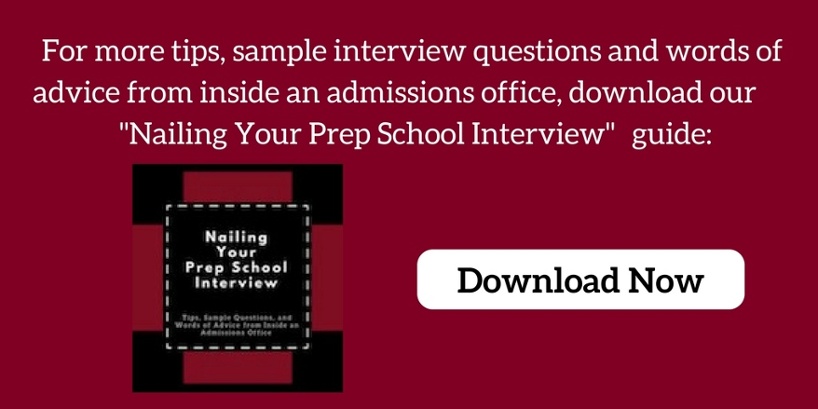 Welcome to our Admissions Blog!

It is here that we will share interesting articles, tips and stories that relate to secondary school admissions. Our goal is to demystify the admissions process and to provide advice and guidance.